Nature and Vespa. Is there a better combo?

Arrival and arrangement at the chosen accommodation facility
E-bikes tour from Casciana Terme to Lari, where there is a stop to visit the medieval village, with the Castle and the artisan pasta factory.
Lunch in Lari in a restaurant with typical local products
Return by E-bikes to Casciana Terme
Relaxing bath in the thermal pool of the Terme di Casciana
Dinner

Lari
Lari is a small village with a thousand-year history, in a position of great lanscape splendor; it’s characterized by the Castle of the Vicars, with medieval structure, even if the current one dates back to the seventeenth century. Due to its dominant position it was an important military garrison of the Pisan Republic until its fall under Florence, when it became not only the residence of the Vicars, governors and members of the Florentine families until 1848, but also a prison, a place of torture and a court.

Casciana Terme
Casciana Terme is located on an enchanting hill, among olive trees and vineyards on the Pisan hills. Its history is closely linked to the therapeutic properties of the waters that flow there giving life to the spa. The Terme di Casciana, very popular since the beginning of the twentieth century, have the qualities to restore wellness and revive the charm of a millenary tradition: by immersing yourself in the Methelda water, with its 36 degrees of constant temperature, it is possible to regain the psychophysical balance necessary.

Breakfast
Departure from the Pontedera & Valdera Tourist Office with the iconic Vespa; fascinating itinerary between ancient villages and rolling hills.
Picnic lunch or at your choice in a restaurant in Valdera
Return to Pontedera with the Vespa and stop at the Piaggio Museum with a visit
Walk in the center of the city of Pontedera, open-air museum of contemporary art. Aperitif in the center and dinner

Vespa Tour
After have formally knoewn the “Lady” of the two wheels, we move on to the practical side, riding directly on the saddle to discover her native land.
Traveling along the roads that have seen centuries of struggle between Pisani, Lucchesi and Fiorentini, our Vespas will take you through the villages and hills of the Valdera.

Piaggio Museum
The link between the Valdera and the Vespa is very strong. Many things in Valdera wouldn’t exist if the Vespa didn’t exist and vice versa. All this can be easily deduced by visiting the Piaggio Museum in Pontedera: the Vespa models forged by Piaggio, photos, documents, registers and visible finds evoke the historical path of entire generations.

Breakfast
Full day tour
Visit of the village of Palaia, trekking on the path n°5 Loop of Toiano  and visit of the uninhabited village of Toiano, with Pic Nic lunch or in Farmhouse
Return and departure

Palaia
In the village of Palaia at the center of which stands the Clock Tower, also called Arco del Podestà, it is possible to find the Church of Sant’Andrea, built in the tenth century in Romanesque style; from the square in front of the Church of Sant’Andrea and from the neighboring alleys you go up towards the Rocca, with a circular plan, the highest point of the village, where the medieval castle was once located. The monumental S. Martino Parish Church is the most famous religious building in Palaia. From the main village it is possible to get lost by narrow streets that lead to medieval villages, today uninhabited like Toiano, an abandoned village nestled between hills and sand gullies.
To get to Toiano we follow the path n ° 05 the Toiano Loop 9 km and a half long, medium difficulty. 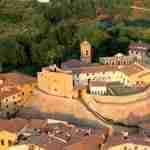 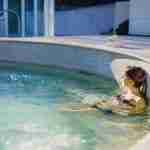 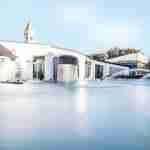 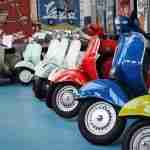 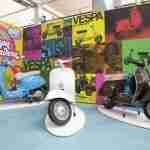 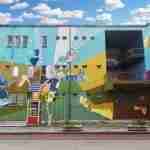 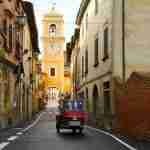 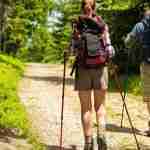 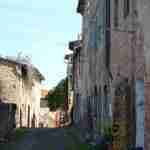 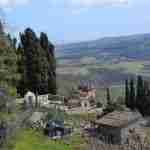