In 2016, at the Peccioli dump, the well-known Tuscan cartoonist Sergio Staino decorated with a colorful and cheerful fresco made of funny and tender characters a series of ten panels that form a work of one hundred meters that decorates the external walls that protect the mechanical biological treatment plant from the wind, preventing the odours from dispersing around.
In 2017, David Tremlett, an englishman who was considered one of the masters of the new avant-garde, famous for his wall drawing, joined the group, decorating a containment wall with its characteristic geometric coloured shapes.
Between Belvedere S.p.A. and Naturaliter Snc, a leading company in the field of museum installations of all kinds: from the design of routes to scientific reconstructions, from the preparation of dioramas to scenography of various kinds, was born a collaboration under the slogan of “innovation, projects, development”.
The idea that new life can be born from waste was the inspiration from which the four sculptures in polystyrene and polyurethane foam were created, coated with cement fibers resistant to external agents that, over the years, were placed around the Green Triangle inside the Legoli waste disposal and treatment plant.
These gigantic sculptures represent human figures: “Presences“.

The result of the collaboration between the Municipality of Peccioli, Fondazione Peccioli per l’Arte and Belvedere SPA, is “Three projects for Ghizzano”; next to each work, just like in museums, has been inserted a rich caption, also in English, which analyzes the work and gives the possibility to enter more into the language of each artist. A way to make it clear how each job originated.
Born in Poland and living in Germany, Alicja Kwade made her first permanent intervention in Italy in Ghizzano. With the positive experience at the Venice Biennale in 2017 and the recent completion of the sculpture Parapivot, intended for the terrace of the Metropolitan Museum of Art in New York, for the Tuscan village Kwade conceived the sculpture Solidsky. A large block of Azul Macaubas stone, originally from South America and characterized by blue veins, was worked obtaining a sphere with a perfectly smooth surface, located in one of the squares of the country, and a fascinating volume excavated, located in a green area, at the entrance of the village. “Sculpture acts in space by creating more dimensions and enlarging the boundaries of observable reality. (…) It seems to have fallen to Earth from another dimension. (…)” said the artist, born in 1979.
On his return to Italy, Patrick Tuttofuoco worked for a long time in Ghizzano, working with a view to “rediscovering the specificities of the territory. I wanted my work to be born here”. His reference was the cycle of frescoes executed by Benozzo Gozzoli for the tabernacle of Legoli: “I chose elements that I considered most representative. I’m interested in the individuals, the men Gozzoli represented. I tried to identify the humanity present in those figures and to bring it back into my work”. The result of this process are the three interventions, unified under the title Elevatio corpus, positioned in as many significant places in the country. Details of San Sebastiano, San Michele and San Giovanni, as portrayed by Gozzoli, inspired Tuttofuoco in the creation of marble, neon and iron sculptures.
For his “return” to this territory, after the monumental work in the landfill of Legoli, David Tremlett acted in the sign of color, but in order to promote “the perception of the road as a single unit, a single road, from the beginning to the end”. Intervening with acrylics on all the facades of the Via di Mezzo in Ghizzano, he employed “for one side of the street the green (for the surfaces of most houses), although it is not the typical color with which the walls of the houses are painted, because I liked the idea of bringing some of the surrounding landscape into the street. As for the other side, where there are fewer houses on which to intervene due to the presence of large portions of brick walls, I decided to use brown as the predominant color.” The work is punctuated by the short vertical and horizontal lines: conceived as “visual counterpoints” emerge with vigour, thanks to their alternative chromatic identities, in the overall composition.

Another work is the hundreds of eyes that look under the main facade of the Pieve di San Verano. The wall, and the photographed eyes, are facing the West and, for the artist, towards the future. This is the work The gaze of Peccioli by the artist Vittorio Corsini
In addition, to inaugurate the new permanent work of “Voices“, a project by Vittorio Corsini for the Municipality of Peccioli in collaboration with the Foundation Peccioliper, started in 2018, seven well-known writers were invited who, inspired by as many historic buildings of Peccioli and the hamlets of Cedri and Fabbrica, created texts that, thanks to the permanent works of Vittorio Corsini, can be heard each in the building from which it was inspired. “Voices was born from the desire to create within the territory of the Municipality of Peccioli an artistic-literary path that starting from the Tuscan town reaches the surrounding villages leading visitors to the discovery of new and unexplored places. The project is part of a broader cultural strategy, which began at the end of the nineties and was never interrupted, which saw Peccioli and his entire territory become rich becoming a privileged place for the language of the contemporary”.
With this intent, the path created by Voices, inaugurated in April 2018, winds in three countries: in the historic center of Peccioli are the works of Laura Bosio in the Church of Carmine, Mauro Covacich in the Church of the Greenhouses and Romano De Marco in the Bell Tower, in addition to the new work of Fabio Genovese at the Cinema Passerotti. In Cedri, however, are placed the stories of Maurizio de Giovanni in the Church of San Giorgio and Ferruccio Perazzoli in the Oratory of the Santissima Annunziata. At Fabbrica, finally, you can hear the story of Laura Pugno in the Chapel of Saints Rocco and Sebastian. 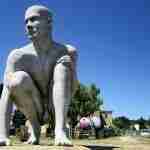 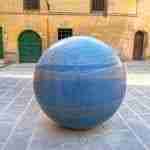 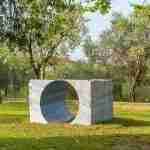 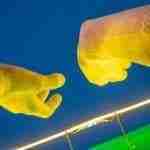 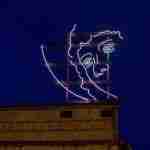 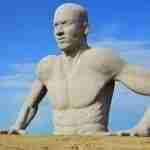 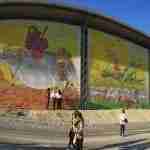 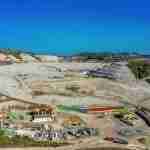 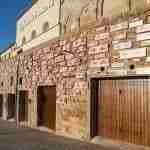 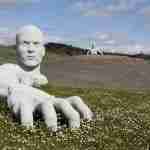