Romanesque Church of the 12th Century, modificated in the 17th and 18th Century, following the heavy damage due to last war’s bombing. We can observe these effects on the right side of the building. Among the important works that we can admire, we find : The beautiful wood Annunciata by Nino Pisano (Andrea’s son), from the half of the 15th century, where a fresco fragment from Pisan school represent the «Madonna del Carmine» attributed to Turinoo Vanni, and also the «Madonna del rosario tra i Santi» (1595) from Cigoli, who emphasized the pathetic effect : warm colors and intensity of chiaroscuro effects, he was among the leaders of Florentine Baroque movment. On the altar is present a silver tabernacle dating from this century, ordered to accommodate the wood « Crossifisso » dating from the 16th century, miraculous considerated to have escaped a fire and has become a particular object of worship in the 16th century.

The church is located in Piazza Curtatone. 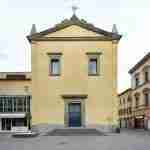 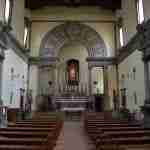 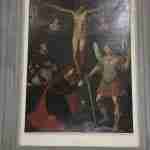 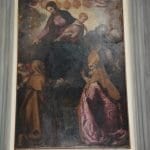 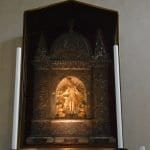