The Museum of Sacred Art in Peccioli was inaugurated on October 25, 2009 at the behest of the Municipal Administration, the Parish of San Verano and with the collaboration of the Superintendence B.A.P.S.A.E.

The Museum is housed in the Romanesque parish church of San Verano inside the Chapel of the Assumption, built from 1580 to house the homonymous Company, and subjected to an important restoration campaign. Inside you can admire the most significant works of the territory, including two examples of Tuscan painting of the thirteenth century well preserved: a Madonna and Child dating from the first half of the twelfth century attributed to Henry Tedice, called “Delle Grazie” for the particular devotion of which he has always enjoyed in the territory, the reredos with “Saint Nicholas and stories of his life” of the third quarter of the thirteenth century attributed to Michael Baldwin. This last table is the protagonist of a misunderstanding that has lasted up to the present day: donated in 1881 by Giuseppe Toscanelli, has on the back an inscription in which the Saint is referred to as “Saint Verano abbot, patron saint of Peccioli”. The “exchange” between the two saints was born from the strong similarity with another reredos depicting San Verano and stories of life now kept at the Museum of Brera in Milan and that originally, in all probability, was kept in the parish church of Peccioli from which it was stolen during the nineteenth century.

Inside the Museum are also preserved a wooden crucifix dating back to the fourth decade of the fourteenth century related to the Sienese sculpture dependent on Giovanni Pisano; a Sacred Conversation of Neri di Bicci 1463; an Assumption with Angels and Saints by Giovanni Bilivert dated 1628. Particular mention should be made of the canvas depicting Saint Peter attributed to Giovan Battista Piazzetta donated to the museum on the occasion of the inauguration by Mrs Rosanna Merlini according to the will of her husband.

Numerous works of sacred goldsmith among which we remember the chalice of the mid-fifteenth century attributed to a Sienese goldsmith shop near Sano di Pietro.

Closed on New Year’s Day, First of May, August 15th, Christmas and during the afternoon of Christmas’ and New Year’s Eve

Schools and groups that request to the Organizational Secretaryship Of the Foundation (fax 0587670831) can enjoy of guided tour outside of the opening hours. 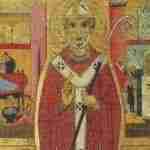 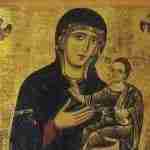 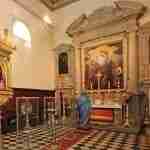