For over twenty years, contemporary art has merged with urban space, telling a place and its inhabitants, establishing a dialogue between the present, past and ancient iconographic languages that is renewed with the New Opening of the Museum of Palazzo Pretorio.

The ancient Palace has housed the Museum of Russian Icons “F. Bigazzi”, which, inaugurated in 2000, has become over the years a place of conservation and exhibition of two collections of Icons, for a total of about 200 works on display: the collection Bigazzi and Belvedere, that are periodically expanded through targeted and careful purchases of selected works.

The Museum is enriched by the Collection of Engravings and Lithographs – Donation Vito Merlini, a collection of works ranging from informal to figurative, to Metaphysics; 279 sheets of engravings, lithographs, xylographs and serigraphs collected by Vito Merlini, doctor conducted by Peccioli, who in 2006 donated them to the City.

The ancient Palace, dating back to the Middle Ages and remodeled between the eighteenth and nineteenth centuries, symbol of the centrality of political power over the centuries, In this way it becomes the fulcrum of the exhibition and museum activity of Peccioli comparing and put in dialogue contemporary art, and an art of seemingly distant places.

The Bigazzi Collection, which allowed the opening of the Museum of Russian Icons in 2000, is characterized by the presence of mainly Russian icons dating back to the secc. XVIII-early XX, typical of a domestic veneration and painted both in tempera, according to the traditional technique, and in oil, according to an “academic” methodology. The Belvedere Collection, unique in its kind, presents wooden icons with a singular and unusual peculiarity: dating back to the 18th-20th centuries and coming from all over the Orthodox world (Russia, Armenia, Balkans, Constantinople, Estonia, Jerusalem, Greece, Ionian Islands, Latvia, Mount Athos, Romania, Transylvania and Ukraine) are dated , signed or with dedication. A whole section of the exhibition, unique in Italy, is also dedicated to crosses, icons and bronze polyptychs for the most part typical of the production of the Old Believers , including a rare example of a baptismal cross dating back to the fifteenth century.

The Collection of Engravings and Lithographs – Donation Vito Merlini was born in 2006 thanks to the philanthropic gesture of Vito Merlini and the will of the City Administration and Belvedere S.p.A. in the belief that precisely in the etymological meaning of the word “handwriting” understood as “sign, drawing, engraving” resides the poetics of the Work of Art that is expressed in the immediacy of the graphic gesture, which does not allow hesitation, repentance and that will always maintain the character of simplicity and freshness.

The collection consists of 279 sheets of engravings, lithographs, xylographs and serigraphs: a collection of works that present in a complete way and synthesize the Italian artistic panorama of the twentieth century.

Closed on New Year’s Day, First of May, August 15th, Christmas and during the afternoon of Christmas’ and New Year’s Eve

Schools and groups that request to the Organizational Secretaryship Of the Foundation (fax 0587670831) can enjoy of guided tour outside of the opening hours. 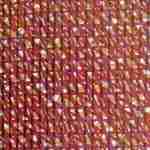 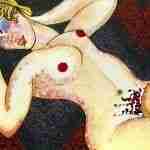 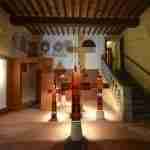 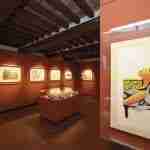